At the Intersection of Major and Planned Giving: Move to Asset-based Philanthropy 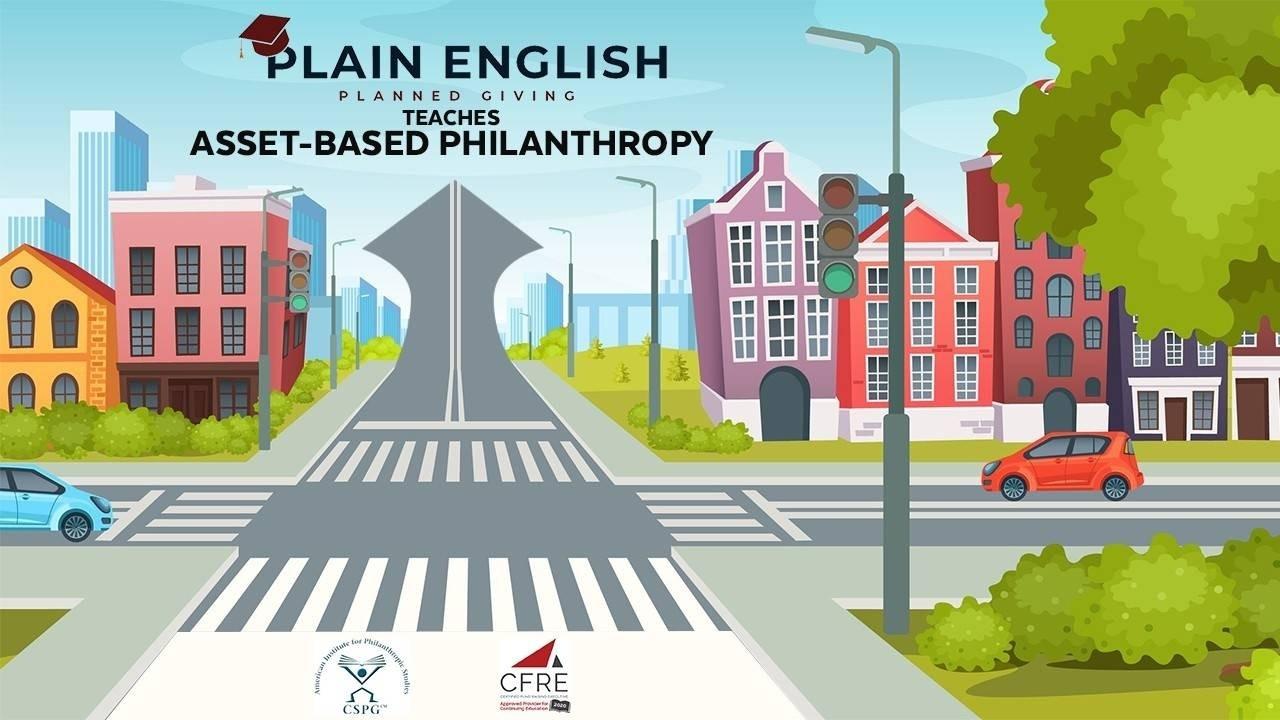 Most organizations, large or small, public or private, local or national, arrive at the intersection where major gifts and planned gifts cross, come into question, or even merge.

Organizations define the term “major gift” by an arbitrary dollar amount, set for their own convenience.  Planned gifts are defined by a gift vehicle.  But neither is correct from a donor’s point of view.

In fact, from the donor’s perspective, both of those constructs are irrelevant to him or her.  From the donor’s point of view, the asset he or she gives philanthropically, whether cash or real estate or stock, is the important factor.

WHY WOULD A DONOR GIVE THIS ASSET?

Why would s/he give this asset and what does it accomplish? Without understanding why he or she gives, and what he or she will give, the two functions of the development office cannot be blended successfully.

When an organization creates a major gift level, such as $5,000 or $50,000, or any other dollar amount, it has failed to realize what is a major gift to the donor.  If the donor has $100,000 of net worth, a $5,000 major gift level may be hard to reach and he or she can only do it once or a few times.  It is therefore a “non-recurring gift”.  However, for the donor with a net worth of $5,000,000, a $5,000 gift is definitely not a major gift.  That donor could afford to give (maybe not be inclined to give) a $5,000 gift every year, which would make it a “recurring gift” which has another name—annual gift.  Thus, this definition of major gift is an artificial construct for the convenience of the donee organization.

When the same organization sets up a planned giving program, it is assumed that the gifts produced are in the form of a gift structure, such as a charitable remainder trust or a gift annuity.  Maybe even a life estate-remainder gift or a bargain sale is the strategy.  A bequest is merely a promise of an intended future gift, not really a gift at all.  But the strategy or gift vehicle is not the gift.  The gift will be the asset given.

For just a moment, let’s drive straight through that intersection to the real issue—what is the solution to cultivating gifts from wealth?  All organizations, large or small, need substantial support in addition to yearly support.  Whether an organization calls a program “major giving” or “planned giving”, it is simply saying it is seeking gifts of a substantial amount. So, let’s take a look at it from the donor’s perspective.

The wealth of donors is not their cash in a bank account, it is in their ownership of assets.  As a donor’s net worth increases, the share of that wealth held in cash decreases.

The answer to creating a frictionless fundraising environment for both the donor and the donee is this:  when we set up terms like major gift or planned gift, it automatically sets up a divide, a chasm to cross for management and staff.  Two programs, two sets of prospect leads, two budgets, two, two, two.  I agree it is two, but a completely different two—cash or assets.  That’s all.

Note that all planned gifts, almost entirely of assets, are, in fact, major gifts.  Note also that all major gifts, whether of cash or assets are in fact planned.  So, why not change the paradigm and be true to the facts of the situation when trying to manage both major and planned gifts—whether it is the role of the major gift officer or the planned gifts officer, you are dealing with a donor’s assets.  You don’t have to “start a planned giving program” if you have a major gift program.  You already have one.  Planned giving is just a form of fundraising with assets.

Asset-based philanthropy, or ABP as my students call it, focuses on two elements—

You can leave the techno-nerd stuff to financial advisors or, if you happen to have one, a dedicated planned giving officer.  This is especially important to small and medium sized organizations who struggle with the concern that they ought to be doing planned giving, but they don’t know where to start or who will have time to do it.  On the contrary, you can easily learn these two elements and have a highly successful asset-based philanthropy program that is neither major giving nor planned giving.  It is neither and it is both.  That’s the intersection I mention.

For too many years we have focused on something not terribly important and have put form over substance.  Our industry and our professionals have focused on the form of gift—is it a major gift?  Is it a planned gift?  I view that as a waste of precious time and effort.

Over the past ten years, I have witnessed a transformation in many organizations when the focus shifts away from major and planned gifts to asset-based philanthropy by embracing these two easy elements—what a donor owns and how it can be used to make a stellar gift that meets the needs of both the donor and the donee. Any major gift officer can do it and any planned gift officer can do it.

In fact, the planned giving officer, if you have one, becomes an effective major gift officer and the major gift officer loses the fear and concern of having to learn all those techno-nerd things s/he thought s/he had to know.  The knowledge base of major and planned giving becomes fused and staff works together in a frictionless environment, one where the staff member is happier and management sees success in better managing staff resources.

Consider new leads based on assets not people

The biggest benefit is that the fundraising professional learns to identify new prospect leads based on target market assets and learns how to design a strategy that works seamlessly for the prospect and the asset. The approach to a prospect becomes easier and more comfortable for both the donor and the fundraising professional.  As one major gift officer recently told me, she never would have taken on a gift of a farm and a gift of mineral interests had she not learned this easy method of asset-based philanthropy through the Plain English Planned Giving course.

See what other students have said.

Stay connected with news and updates!

CAN SEVEN POWERFUL TECHNIQUES GIVE LIFE BACK TO THE NEW SECURE ACT? Oct 22, 2020
STOP BEING CHEATED OUT OF HUGE GIFTS… Sep 25, 2020
At the Intersection of Major and Planned Giving: Move to Asset-based Philanthropy Sep 18, 2020 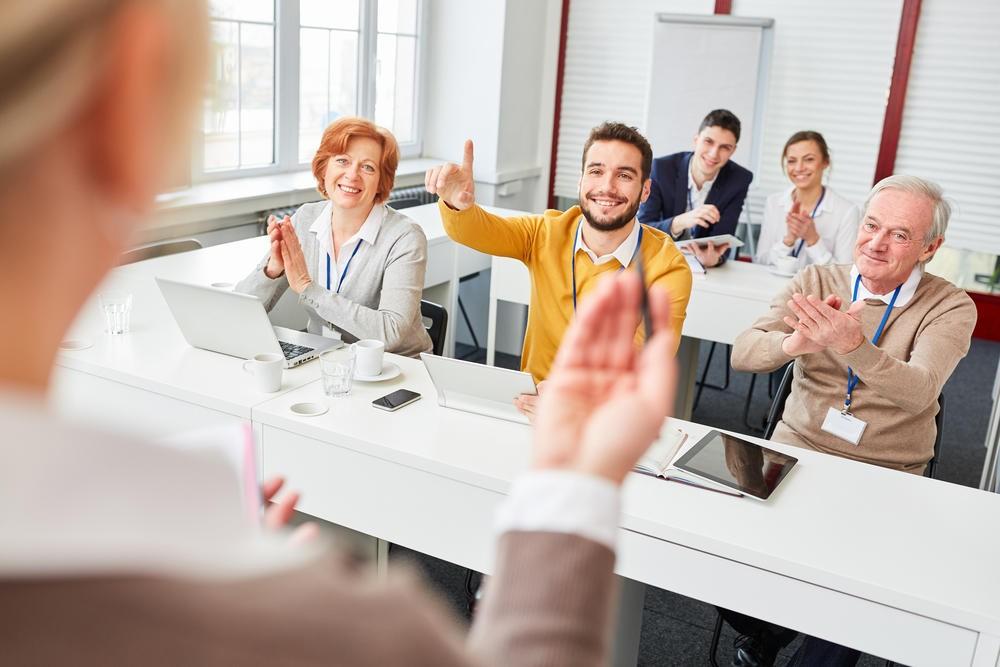